KUNSTENAARSVERENIGING LAREN/BLARICUM
The more than 50 members of the Art Association of Laren Blaricum paint, draw, sculpt, weld, produce ceramics and glass, create light projects and more, in short, all creative techniques are represented in the 100 year old art association.

Our members come from Laren and surroundings. Through a yearly balloting procedure we renew our association with interesting, new talent. 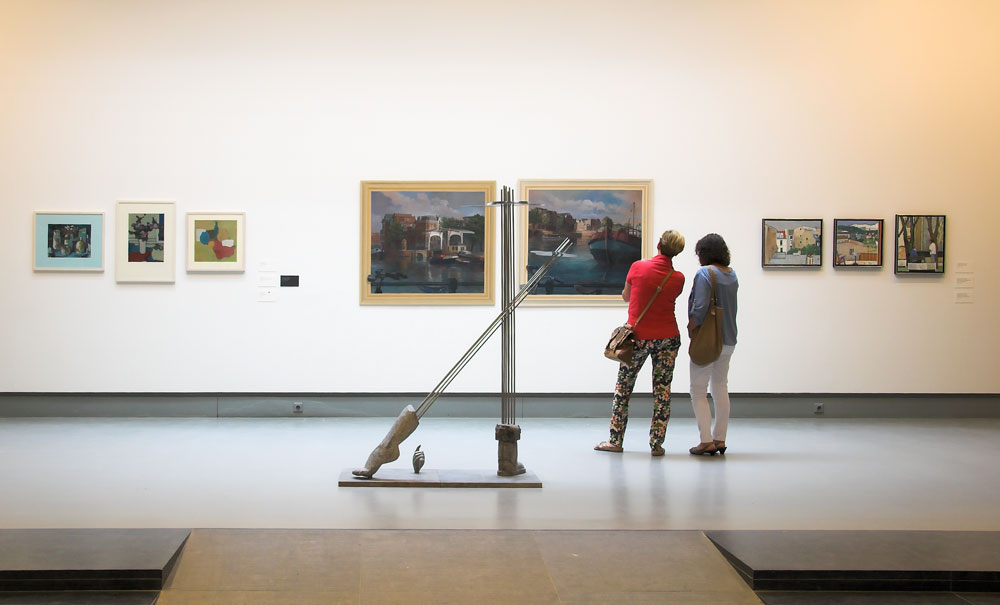 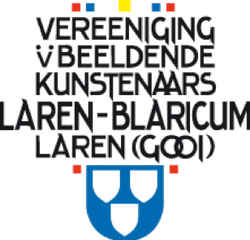 The History
On Januari 21, 1921 a group of artists living and working in Laren founded the Art Association Laren-Blaricum. In conjunction with this event a cooperative was set up to purchase artist materials. The first management consisted of: Co Breman, chairman, Joh. Briedé, secretary,  mr. W.M. Werk, treasurer, C.L. van Kesteren, second secretary and  other members were, W.L. Bruckman, Herman Heijenbrock en W. van Nieuwenhoven. On a yearly basis the association organised both a summer and winter exhibition in the art exhibition hall in the Hamdorff Hotel in Laren.
To be admitted to the association one had to submit work to the balloting commission; a rule that still exists today. Other exhibition locations in Laren were a.o. at the art dealer Rogman & Vos or Van Lier.

In 1928 the association numbered 146 members. Due to the authoritarian demeaner of the management and due to conflicts between various members the association split up in 1935. Under the direction of David Schulman "The  Gooi Painters Association" was set up, starting with 28 members. Taking turns, the 2 associations showed their art work in the exhibition hall of hotel ''Hamdorff". The exhibitions were well attended and the sales of the art works stayed constant throughout the following years. Remarkably, the association was noted for having the best sales figures of exhibitions in The Netherlands. After the war the membership count dwindled. During the last decennia the association averaged 40 to 45 members.

In 1950 was the start of figure drawing class ''Hamdorff",  founded by members, a.o. Pieter de Zwart, Kees Schrikker, Ger Dorant and Flip Hamers. Every week there were drawing sessions wih live models in the famous drawing attic of hotel Hamdorff.

The last show in the hotel's exhibition hall took place in 1978. That year the hotel was declared bankrupt  and shortly thereafter it was closed down. In June the whole complex was demolished and the association was forced to look for a new exhibition space. Both ''Laren-Blaricum"  as well as ''The Gooi" found that much aspired exhibition space in the Singer Museum in Laren, exhibiting art works of their members in the so-called Gallery of prints on a yearly basis until 2003.

The year 2005 was marked by a new tradition of exhibiting the creative products of their members in the Singer Museum. Both associations now exhibited jointly for the first time since 70 years and called the exhibit "'Together". The "Gooi" members, its number drastically reduced in   number for some time, joined ''Laren-Blaricum'' and their association was annulled.

Exhibition themes in the Singer Museum:

2005 ''Together" (two associations jointly exhibiting for the first time)

2011 No special theme this year

2013 ''Dutch Impressionism", again following the theme of the Singer Museum

The general policy is aimed at selecting new members from Laren or its direct surroundings, assuring regional  alliance. The goal is to maintain and  acquire a well balanced spectrum of diverse artist's media: 2- as well as 3-dimensional work. Traditional painting as well as sculpting techniques are represented, but there certainly is space for contemporary expressions in photography, glass, ceramics, jewelry, video, installations and light art.